The Bible is true, authoritative, and sufficient. There is one true God who exists eternally as Father, Son, and Holy Spirit. All humanity is sinful and the penalty for that sin is death. Jesus Christ was Born of a virgin, lived a sinless life, and was crucified on the cross as a substitution for our sin. Jesus rose from the grave, ascended into heaven, and will one-day return. Only through Faith in Jesus Christ and repentance from sin can one experience salvation. 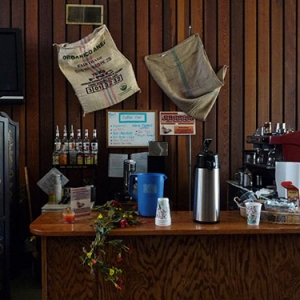 Open Bible Baptist Church (OBBC) was started with a prayer list of non-believers by Rev. Jefferson Martin, Sr. and Billie Martin. A bible study was started in the Martin’s home.

Rev. Martin was led by the Lord to the Pikes Peak Baptist Association (PPBA). Upon encouraging Rev. Martin to start a mission, Dr. Charles Aiken made arrangements with Southeast Baptist Mission to share their facilities.

October 1992
The church moved to the storefront at 4393 Airport Road. OBBC grew and acquired more space at the storefront. Our first baptisms were at Skyway Baptist Church. We also baptized at Circle Drive Baptist Church (CDBC) and at CDBC’s Church on Wheels.

August 1998
Our present location at 824 South Union was acquired.

God allows us to serve Him ministering among the Hispanic Community through: Evangelism, Discipleship, Bible Studies, Worship, Fellowship and Special Events in different Programs. 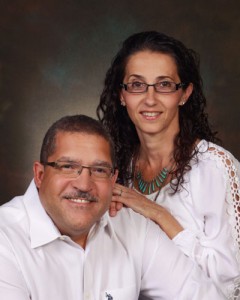 Jeff has been Serving as a Pastor of OBBC since 2002 and his primary ministry is Preaching and teaching while equipping and encouraging the members to serve God by serving others. He has been married to his incredible wife Frieda for over 13 years and they have two adult children. Serving in a bi-vocational model his secular job is the Community  & Public Health Administrator for the Colorado Springs Fire Department in addition he serves as the executive Director of Open Bible Medical Clinic and TLC Pharmacy.

Derek joined the Leadership of OBBC in February 2020. He accepted the Lord Jesus Christ as his Savior at the tender age of 8 years old at Tabernacle Missionary Baptist Church in Clarksville, Tennessee. Since then, he has served in the capacity of Minister Of Music and has served his community faithfully working with various groups and churches as well as serving as Director Of Music for the People Helping People Non-Profit Organization, Clarksville, TN for 20+ years.

Derek was called to preach in 2011 while he was serving in the Army. In 2015, Derek was licensed to preach the gospel and later that year was ordained to Local Pastor of Testimony Of Jesus, Clarksville, TN.

Derek has been married to Mrs. Jalyce Miller since February 3, 2013 , and they are the proud parents of 2 children.

Shaun Rose, aka Donovan, has been a member of Open Bible Baptist Church since 2013. Donovan has served in a variety of ministries before answering the call to be a Pastor. He is currently perusing a higher education in Christian studies. Donovan was licensed as a minister in April 2018 and has since been serving as the Church Administrator and Missions ministry Leader. 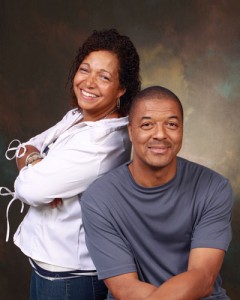 Twila has been a member of Open Bible since 1991.  She has served in various leadership capacities, but has always had a passion for children!  Twila began serving as the Director of Children’s Ministry in November 2014.  She is married to Troy and they have 3 sons.

Francis and KT have been members of Open Bible Baptist Church since 2015 and 2013, respectively. They have served in a variety of leadership roles and ministries and are passionate about working with teenagers and young adults. They have been married since 2015. Serving in a bi-vocational model, Francis works as a physical therapist and KT works as a full-time reservist in the United States Air Force.

Ryan joined the OBBC family during the summer of 2020. He grew up in Missoula, Montana and it allowed him to enjoy various outdoor activities that range anywhere from fishing to hiking. Ryan realized God was calling him into youth ministry when he was in his early 20’s and he accepted the call while he was serving in the World Race. Since serving in the year-long mission trip, he moved to South Carolina to finish his degree in communication through Montana State University – Billings online program. Ryan is currently a caretaker for the elderly.